AAISCS in Cyprus organised two events to promote the SmokeFreeBrain project on World No Tobacco Day.

The first event was held from 9 am to 3 pm at the AAISCS premises, located in the commercial centre of Nicosia, the capital city of Cyprus.
The event aimed to increase the awareness of the general public for the project, and especially for the targeted population (young unemployed smokers wishing to quit smoking).

The second event was organised with the School of Sciences at the European university of Cyprus, aiming to reach the targeted population of the same age at the place
where young people gather and usually smoke (at the Cafeteria of the European University).

Both events were kept informal to allow people to freely ask questions and interact face-to-face with the team members.

The direct contact that AAISCS had with people during the two events reinforced the general impression that AAISCS team had about the
attitudes towards smoking in Cyprus. They found a marked difference in the attitude of young versus middle and older people. The majority of the young people
whom they approached, especially in the age range 18 to 25, do not appreciate the risks involved in smoking, feeling that if any negative consequences are in the
distant future and they are not willing to give up the (social) pleasure they get from smoking any time soon. AAISCS had almost no response from young people (our targeted group)
and the enquiries that they did have were made by the parents rather than the young people themselves. On the contrary, although the fact that it was explicitly stated that the
program was for young unemployed people, AAISCS had numerous enquiries from people over 50 years old, who showed interest in participating in the project.

You may download the flyer invitation here: Event flyer

The events have successfully attracted wide interests from the local media. As a result, a full-page article about the project was published on May 31, 2017:

In the Cyprus newspaper Phileleftheros (with the highest circulation in Cyprus)

A report on the event at AAISCS premises appeared in the night news of the TV channel MEGA. 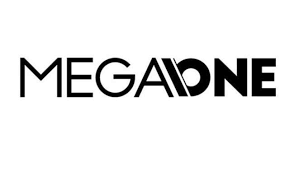 Moreover, Dr Andreas Ioannides was invited on two live TV shows to discuss the SFB project, one on 1 June (MEGA TV) and the other on 5 June (Alpha TV).