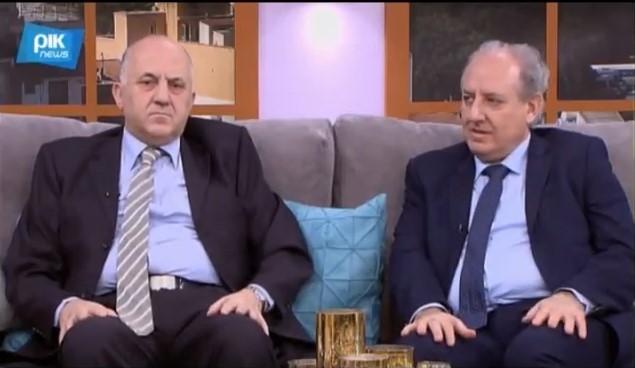 SmokeFreeBrain aims to address the effectiveness of a multi-level variety of interventions aiming at smoking cessation in high risk target groups within High Middle Income Countries (HMIC) such as unemployed young adults, COPD and asthma patients, as well as within the general population in Low Middle Income Countries (LMIC). The project addresses existing approaches aiming to prevent lung diseases caused by tobacco while at the same time it develops new treatments and analyzes their contextual adaptability to the local and global health care system.

Prof. Bamidis, Coordinator of the project, spoke about the harmful habit of smoking, stressing that one of the main objectives of the SmokeFreeBrain initiative is to compare the different ways of smoking cessation, promoting both the most effective and cost-effective solutions. “We are in the third year of the program now, and we are still collecting useful data for the project. We have really come a long way, but we still have much to do, in order to draw safe conclusions for our research”, Prof. Bamidis said. He also mentioned a possible extension of the project for another year, “which will make a decisive contribution to its completion”.

On his side, Prof. Ioannides stressed that “habits”, including smoking, are parts of our brain, which people should control, adding that there are many factors that force people to smoke. “Stopping smoking is a decision. But for such kind of decisions, most people need some extra help. This is exactly what the SmokeFreeBrain project is trying to do “, he said.

Both Mr Bamidis and Mr Ioannides referred to the existing research interest, regarding the use of electronic cigarettes. They mentioned that further studies should be conducted, in order to examine whether e-cigarettes contain harmful for health substances, as well as, to make the necessary comparisons of this method with other smoking cessation methods.